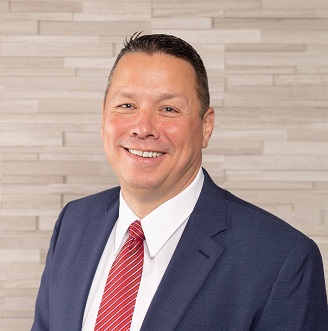 Robert (Bob) Sander focuses his practice on national security, government contracts, compliance, and litigation.  Bob’s background and skillset make him uniquely qualified to provide the legal advice and counseling that businesses operating in the national security sector — specifically the defense, homeland security, and intelligence sectors — need to compete effectively in an area governed by complex and often conflicting laws, regulations, and policies, in both classified and unclassified environments.  Bob utilizes his extensive government, military, and prosecutorial experience, including classified work and combating procurement fraud, to guide Ward & Berry clients through complex and high-stakes challenges.

As a state and federal prosecutor, Bob handled thousands of cases, including trying dozens of jury trials to verdict. From 2010 to 2019, Bob worked as a Federal Prosecutor in the U.S. Department of Justice, National Security Division, Counterterrorism Section. Before that, Bob served as the Chief of the Economic Crimes Unit and the Captain of the Narcotics Enforcement Team in the Montgomery County, Pennsylvania, District Attorney’s Office. Bob also served as a Special Assistant United States Attorney for the Eastern District of Pennsylvania.

In his military capacity, Bob is a Lieutenant Colonel in the U.S. Army Reserve Judge Advocate General’s Corps, where he most recently served as the Chief of the Procurement Fraud/Business Integrity Section for the Defense Logistics Agency.  Bob’s previous assignments include serving as the Senior Legal Advisor/Staff Judge Advocate (IMA) for the Network Enterprise Technology Command and the U.S. Army Intelligence Center of Excellence at Fort Huachuca, Arizona and as an Adjunct Professor at the National Intelligence University in Bethesda, Maryland.  Bob deployed to Djibouti, Africa for 13 months as the Acting/Deputy Staff Judge Advocate for the Combined Joint Task Force-Horn of Africa. He deployed for another six months in support of Operations Enduring and Iraqi Freedom as Trial Counsel for V Corps in Darmstadt, Germany.

Bob received his Juris Doctor Degree from the Widener University School of Law, where he was a member of Law Review for the Delaware Journal of Corporate Law. Bob also has a Master of Science of Strategic Intelligence Degree from the National Intelligence University and a Bachelor of Business Administration Degree in Finance from Temple University. Bob holds an active Top Secret/Sensitive Compartmented Information (TS-SCI) Security Clearance.